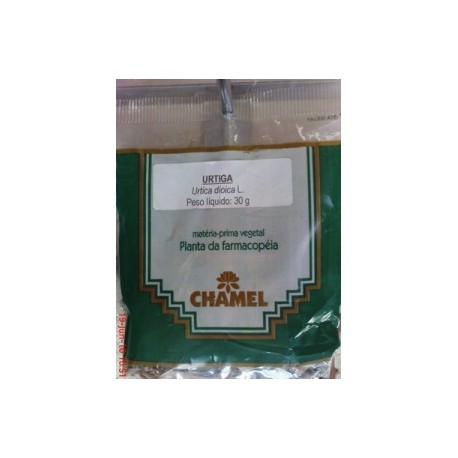 The Nettle tribe, Urticaceae, is widely spread over the world and contains about 500 species, mainly tropical, though several, like our common Stinging Nettle, occur widely in temperate climates. Many of the species have stinging hairs on their stems and leaves. Two genera are represented in the British Isles, Urtica, the Stinging Nettles, and Parietaria, the Pellitory. Formerly botanists included in the order Urticaceae the Elm family, Ulmaceae; the Mulberry, Fig and Bread Fruit family, Moraceae; and that of the Hemp and Hop, Cannabinacece; but these are now generally regarded as separate groups.

The British species of Stinging Nettle, belonging to the genus Urtica (the name derived from the Latin, uro, to burn), are well known for the burning properties of the fluid contained in the stinging hairs with which the leaves are so well armed. Painful as are the consequences of touching one of our common Nettles, they are far exceeded by the effects of handling some of the East Indian species: a burning heat follows the sensation of pricking, just as if hot irons had been applied, the pain extending and continuing for many hours or even days, attended by symptoms similar to those which accompany lockjaw. A Java species, U. urentissima, produces effects which last for a whole year, and are even said to cause death. U. crenulato and U. heterophylla, both of India, are also most virulent. Another Indian species, U. tuberosa, on the other hand, has edible tubers, which are eaten either raw, boiled or roasted, and considered nutritious.

When the herb is collected for drying, it should be gathered only on a fine day, in the morning, when the sun has dried off the dew. Cut off just above the root, rejecting any stained or insect-eaten leaves, and tie in bunches, about six to ten in a bunch, spread out fanwise, so that the air can penetrate freely to all parts.

Hang the bunches over strings. If dried in the open, keep them in half-shade and bring indoors before there is any risk of damp from dew or rain. If dried indoors, hang up in a sunny room, and failing sun, in a well-ventilated room by artificial heat. Care must be taken that the window be left open by day so that there is a free current of air and the moisture-laden, warm air may escape. The bunches should be of uniform size and length, to facilitate packing when dry, and when quite dry and crisp must be packed away at once in airtight boxes or tins, otherwise moisture will be reabsorbed from the air.

The seeds and flowers are dried in the sun, or over a stove, on sheets of paper.

The Nettle is still in demand by wholesale herbalists, who stock the dried and powdered herb, also the seeds. Homoeopathic chemists, in addition, employ the green herb for the preparation of a tincture.

---Action and Uses---Although not prescribed by the British Pharmacopceia, the Nettle has still a reputation in herbal medicine, and is regarded in homoeopathy as a useful remedy. Preparations of the herb have astringent properties and act also as a stimulating tonic.

Nettle is anti-asthmatic: the juice of the roots or leaves, mixed with honey or sugar, will relieve bronchial and asthmatic troubles and the dried leaves, burnt and inhaled, will have the same effect. The seeds have also been used in consumption, the infusion of herb or seeds being taken in wineglassful doses. The seeds and flowers used to be given in wine as a remedy for ague. The powdered seeds have been considered a cure for goitre and efficacious in reducing excessive corpulency.

In old Herbals the seeds, taken inwardly, were recommended for the stings or bites of venomous creatures and mad dogs, and as an antidote to poisoning by Hemlock, Henbane and Nightshade.

A quaint old superstition existed that a fever could be dispelled by plucking a Nettle up by the roots, reciting thereby the names of the sick man and also the names of his parents.

Preparations of Nettle are said to act well upon the kidneys, but it is a doubtful diuretic, though it has been claimed that incipient dropsy may be remedied by tea made from the roots.

A novel treatment for diabetes was reported by a sufferer from that disease in the daily press of April, 1926, it being affirmed that a diet of young Nettles (following a two days' fast) and drinking the brew of them had been the means of reducing his weight by 6 stone in three days and had vastly improved his condition.

An efficient Hair Tonic can be prepared from the Nettle: Simmer a handful of young Nettles in a quart of water for 2 hours, strain and bottle when cold. Well saturate the scalp with the lotion every other night. This prevents the hair falling and renders it soft and glossy. A good Nettle Hair Lotion is also prepared by boiling the entire plant in vinegar and water, straining and adding Eau de Cologne.

The homoeopathic tincture of Nettle is made of 2 OZ. of the herb to 1 pint of proof spirit.

The powder of the dried herb is administered in doses of 5 to 10 grains.

---Other Uses---Nettles are of considerable value as fodder for live-stock, and might be used for this purpose where they occur largely. When Nettles are growing, no quadruped except the ass will touch them, on account of their stinging power, but if cut and allowed to become wilted, they lose their sting and are then readily cleared up by livestock. It is well known that when dried and made into hay, so as to destroy the poisonous matter of the stings, cows will relish them and give more milk than when fed on hay alone. In Sweden and Russia, the Nettle has sometimes been cultivated as a fodder plant, being mown several times a year, and given to milch cattle.

Nettles were much used as a substitute for fodder during the war, and instructions for their use were laid down by German military authorities. It was found that horses which had become thin and suffered from digestive troubles benefited from the use of Nettle leaves in their rations. When dried, the proportion of albuminoid matter in Nettles is as high as in linseed cake and the fat content is also considerable.

The Nettle is also of great use to the keeper of poultry. Dried and powdered finely and put into the food, it increases egg-production and is healthy and fattening. The seeds are also said to fatten fowls. Turkeys, as well as ordinary poultry, thrive on Nettles chopped small and mixed with their food, and pigs do well on boiled Nettles.

In Holland, and also in Egypt, it is said that horse-dealers mix the seeds of Nettles with oats or other food, in order to give the animals a sleek coat.

Although in Britain upwards of thirty insects feed solely on the Nettle plant, flies have a distaste for the plant, and a fresh bunch of Stinging Nettles will keep a larder free from them.

If planted in the neighbourhood of beehives, it is said the Nettle will drive away frogs.

The juice of the Nettle, or a decoction formed by boiling the green herb in a strong solution of salt, will curdle milk, providing the cheese-maker with a good substitute for rennet. The same juice, if rubbed liberally into small seams in leaky wooden tubs coagulates and will render them once more watertight.

A decoction of Nettle yields a beautiful and permanent green dye, which is used for woollen stuffs in Russia: the roots, boiled with alum, produce a yellow colour, which was formerly widely used in country districts to dye yarn, and is also employed by the Russian peasants to stain eggs yellow on Maundy Thursday.

The expressed seeds yield a burning oil, which has been extracted and used in Egypt.

The following passage from Les Misérables on the utilization of Nettles, shows how conversant Victor Hugo was with the virtues of this commonly despised 'weed':
'One day he (Monsieur Madeleine) saw some peasants busy plucking out Nettles; he looked at the heap of plants uprooted and already withered, and said - "They are dead. Yet it would be well if people knew how to make use of them. When the nettle is young, its leaf forms an excellent vegetable; when it matures, it has filaments and fibres like hemp and flax. Nettle fabric is as good as canvas. Chopped, the nettle is good for poultry; pounded it is good for cattle. The seed of the nettle mingled with fodder imparts a gloss to the coats of animals; its root mixed with salt produces a beautiful yellow colour. It is besides excellent hay and can be cut twice. And what does the nettle require? Little earth, no attention, no cultivation. Only the seed falls as it ripens, and is difficult to gather. That is all. With a little trouble, the nettle would be useful; it is neglected, and becomes harmful." '

Nettles are increasing all over the country, and for the benefit of those who desire their eradication, the Royal Horticultural Society, in their Diary for 1926, informed their members that if Nettles are cut down three times in three consecutive years, they will disappear.