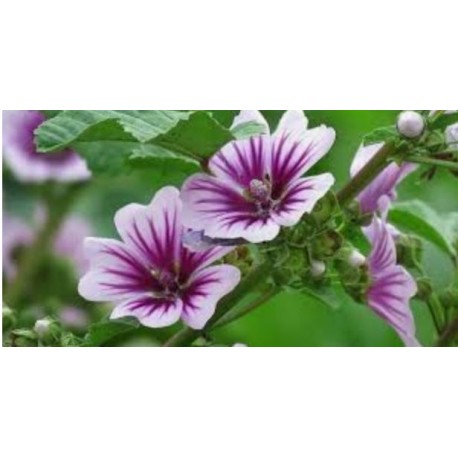 Mallow has been used as food and medicine in Europe since the time of ancient Greece and Rome. Traditional herbal medicine continues to regard the plant as a useful anti-inflammatory agent for the respiratory tract, the skin, and the gastrointestinal tract. The esteemed German physician and herbal authority, Rudolf Weiss, MD, recommended mallow primarily for irritations of the mouth and throat, as well as for dry, irritating coughs. He also mentions its use topically for mild cases of eczema.
Active constituents

Like its close relative marshmallow (Althea officinalis), mallow leaves and flowers contain high amounts of mucilage.Mucilage, made up of complex carbohydrates, gives mallow most of its soothing activity, though flavonoids and anthocyanidins may also contribute. In herbal medicine, mallow is classified as a demulcent—a soothing agent that counters irritation and mild inflammation. Both mallow leaf and flower preparations are approved by the German Commission E for relief of sore throats and dry coughs.Mallow is typically used as a tea or gargle for these indications.