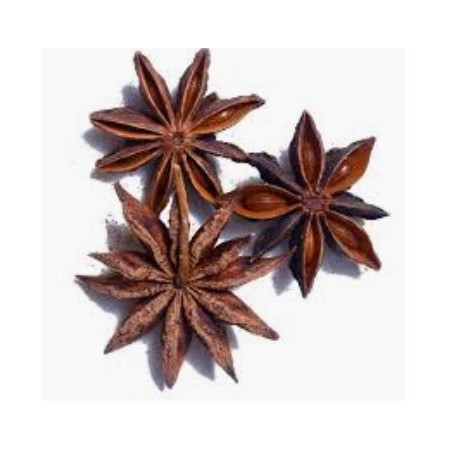 Star anise has been used in a tea as a remedy for rheumatism, and the seeds are sometimes chewed after meals to aid digestion. As a warm and moving herb, Ba Jiao is used to assist in relieving cold-stagnation in the middle jiao, according to Traditional Chinese medicine.

Shikimic acid, a primary feedstock used to create the anti-flu drug Tamiflu, is produced by most autotrophic organisms, but star anise is the industrial source. In 2005, there was a temporary shortage of star anise due to its use in making Tamiflu. Late in that year, a way was found of making shikimic acid artificially. Roche now derives some of the raw material it needs from fermenting E. coli bacteria. The 2009 swine flu outbreak led to another series of shortages as stocks of Tamiflu were built up around the world, sending prices soaring.