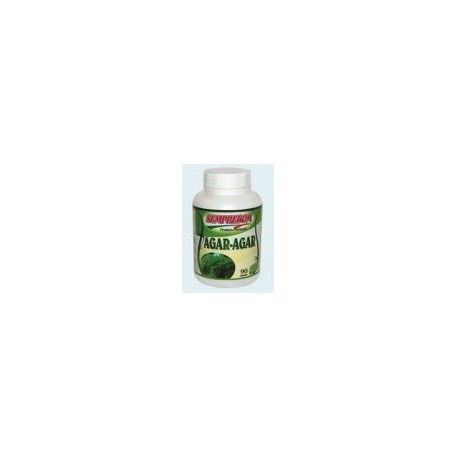 Agar or agar agar is a gelatinous substance derived from seaweed. Historically and in a modern context, it is chiefly used as an ingredient in desserts throughout Japan, but in the past century has found extensive use as a solid substrate to contain culture medium for microbiological work. The gelling agent is an unbranched polysaccharide obtained from the cell walls of some species of red algae, primarily from the genera Gelidium and Gracilaria, or seaweed (Sphaerococcus euchema). Commercially it is derived primarily from Gelidium amansii.

Agar (agar agar) can be used as a laxative, a vegetarian gelatin substitute, a thickener for soups, in jellies, ice cream and Japanese desserts such as anmitsu, as a clarifying agent in brewing, and for paper sizing fabrics.

Chemically, agar is a polymer made up of subunits of the sugar galactose. Agar polysaccharides serve as the primary structural support for the algae's cell walls.

Helps slimming, rich in iod and gives nails and hair a bril.