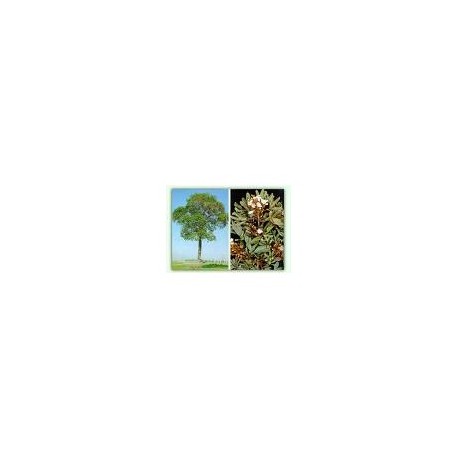 nervous system stimulant with aphrodisiac properties. A bark decoction is commonly used for sexual impotency, agitation, nervousness, nerve pain and weakness, poor memory or forgetfulness, and sexual weakness. According to Dr. Meira Penna, catuaba "functions as a stimulant of the nervous system, above all when one deals with functional impotence of the male genital organs . . . it is an innocent aphrodisiac, used without any ill effects at all." In Brazil it is regarded as an aphrodisiac with "proven efficacy" and, in addition to treating impotence, it is employed for many types of nervous conditions including insomnia, hypochondria, and pain related to the central nervous system (such as sciatica and neuralgia). In European herbal medicine catuaba is considered an aphrodisiac and a brain and nerve stimulant. A bark tea is used for sexual weakness, impotence, nervous debility, and exhaustion. Herbalists and health practitioners in the United States use catuaba in much the same way: as a tonic for genital function, as a central nervous system stimulant, for sexual impotence, general exhaustion and fatigue, insomnia related to hypertension, agitation, and poor memory. According to Michael van Straten, noted British author and researcher of medicinal plants, catuaba is beneficial to men and women as an aphrodisiac, but "it is in the area of male impotence that the most striking results have been reported" and "there is no evidence of side effects, even after long-term use."