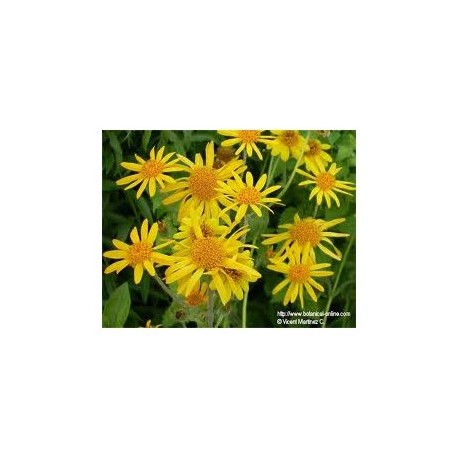 Arnica montana has been used medicinally for centuries. The roots contain derivatives of thymol, which are used as fungicides and preservatives and may have some anti-inflammatory effect. Arnica is currently used in liniment and ointment preparations used for strains, sprains, and bruises. Commercial arnica preparations are frequently used by professional athletes. Arnica should not be taken internally due to its toxicity, with the spurious exception of homeopathic preparations that are diluted at 24X or more, since only water remains.

The thymol derivatives concentrated in the plants roots have been clinically shown to be effective vasodilators of subcutaneous blood capillaries.Arnica preparations used topically have been demonstrated to act as an anti-inflammatory and assist normal healing processes by facilitating transport of blood and fluid accumulations through a dilating action of subcutaneous blood capillaries. (Holist Nurse Pract, 2008, 22(4):237-239) In one double-blind trial, Arnica montana was found to be equally effective as the more expensive diclofenac for accelerating wound healing after foot surgery, but was less effective than the same drug for pain relief.However, Diclofenac does not promote wound healing as it is an anti-inflammatory drug and hence this comparison is not useful. A study of wound-healing after surgery to treat varicose veins found a trend towards a beneficial effect of reduction of pain and hematoma following surgery.